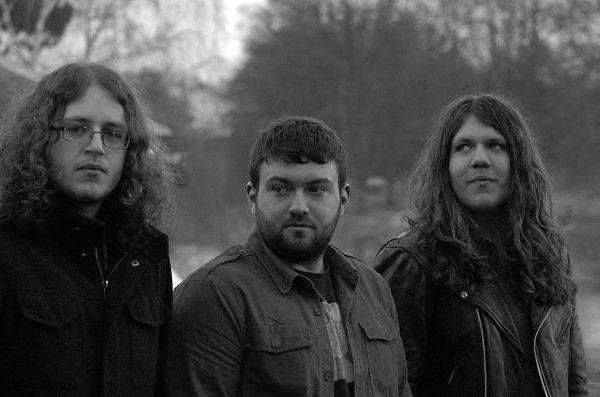 Last Saturday resulted in hanging around and taking in the acts playing the acoustic stage at the Left Bank’s Hereford Rocks event put on by John Steven Hales, Founder of Porkbelly Promotions and Clare Foster who is one of the founders of Clear Cut Promotions.

The weather showed little mercy as onlookers sat around the fire pits lit up in the vast beer garden between The Left Bank and De Koffie Pot where the acts were playing. Yet everyone seemed happy to be there, as if the sun were shining, and it most certainly warmed up my mood when I met up with the Raptor boys for a bit of banter inside De Koffie Pot before they played the Hereford Rocks Stage.

It was Adam Fletcher’s birthday – Let’s just say his wit was certainly in good form. Why not? It was his special day and his brother Kurt, Front man of the band, was up from Bristol where he is a student at Bristol Institute of Modern Music, and his band was playing a really cool gig with a pretty cool line up that included head liners, Mick Ralphs Blues Band. Hope it ended well Adam, and I do hope shenanigans ensued.

…and that makes this trio who pump out some pretty bluesy psychedelic tunes, like the name says on the package.

HCC: Kurt you live in Bristol now which is a pretty dynamic city for music, how does it differ from the Hereford music scene?

Kurt:  I think because it is a bigger city and people are open-minded, there is scope for a larger variety of different kinds of music.  We will be playing at The Exchange in April with the Temple Kings which is pretty exciting.

HCC:  Nice!  You guys consider yourselves a fusion of psychedelia and blues, is your music more Blues or Psychedelia?

Kurt:  It really is infused with both, but there is plenty of repetitive psychedelic filth to it.

Adam:  There are 2 types of bands; Bands that come on stage and fuck the audience, and ones that wank to the audience.

HCC:  (After Adam explained what the heck he was on about, I realized they are the band that fucks the audience…it is poetic, it really is)  Sounds pretty groovy to me! You guys have the look down with the long hair. What’s that all about, does it send you messages and make you play better?

Adam:  (laughs)  I have had long hair for years and there is no way I am cutting it. 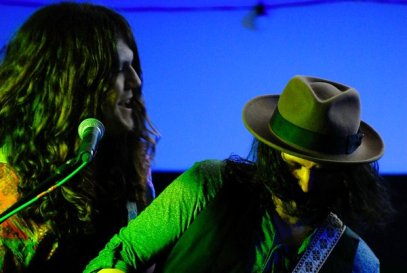 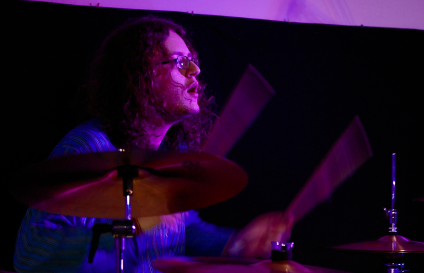 HCC:  Long hair rules and they say that long hair heightens your senses so perhaps there is something to it.  You guys had an EP make it to number 1 at Christmas time, do you have any more music in the works?

Kurt:  Yes we actually plan to have a CD and press some vinyl by the end of the summer.

HCC:  (I will be waiting for my copy boys..nudge nudge wink wink) So Adam is moving to Bristol soon as well to study at the Bristol Institute of Modern Music, Elliot are you in University as well?

Elliot: (the quieter one) Yes I am, at the moment I am studying sociology at the University of Lincoln.

HCC:  (I was thinking band practice can’t be easy, but as you can see these guys are driven) Who are the musical influences that led you to Raptor?

HCC:  So where do you guys see yourselves in 5 years?

Adam:  Celebrating my birthday since today is my birthday (smart ass) and obviously playing in Raptor.

HCC:  What do you think about the music scene in Hereford these days?

Kurt:  The last 5 or 6 years have been pretty dire, not a lot happening…we were lucky to get gigs but there wasn’t a lot going on…it is really just going up hill now.  More venues and promoters are giving bands exposure.  It feels alive.

HCC:  What are your songs about?

Kurt & Adam:  Our song ‘Kaleidoscope’, which we are playing for the first time tonight, was based on a day at Nozstock when we had been partying (as you do) and needed some chill out time, so we went to the woods which were all lit up and had a pretty psychedelic experience.

HCC:  A moment in time forever captured.  Finally, with all the new happening live venues and watering holes bringing Hereford to life, which is your favourite of the moment?  And who is your Hereford act to look out for in 2016?

Raptor: (it was pretty unanimous) The Booth Hall has a great vibe and we love that they put on so much live music.

Elliot:  I am going to say I quite like Faultine

….and with that off they went with photographer Jonathon Paul to have a few pics snapped and to begin their journey for the evening into the world of Rock n Roll.  Farewell gentlemen.