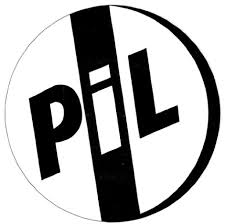 Public Image Live at the TramShed Cardiff 29th May 2016

WHERE IT ALL BEGAN

Well what an amazing night that was! Although PiL have been one of my favourite bands for decades now – since I first saw them on TOTP around 12 years old- I didn’t know much about their past at the time, but even at that age I can remember sitting on the floor of my parents home watching  the general 80’s bollocks on the telly whilst everyone was chatting away among themselves when suddenly, on comes good old Johnny.The atmosphere quickly changed and my parents grew progressively annoyed as they started to bitch and slander him for his previous antics with Sid. Then John spat on the stage floor and their complaining and bitching really escalated. I sat there with one eye on the TV, and one on my parents…I knew the little shit in me was loving their reactions.

I WANTED TO KNOW MORE!!!

I phoned my older brother the first opportunity I had and said “ tell me everything”. He did.

On my very next birthday my brother sent me some Cloud 9 record tokens and told me to spend it on Punk, so I rushed out and spent the whole day thumbing through records and walked out with Sandinista by The Clash, Machine Gun Etiquette by The Damned (still in my top 5 today) and PiL Live in Tokyo. That’s when I first heard ‘Religion’, of course I knew that would really piss the parents off. I loved it.

“It made me laugh that he opened with ‘This Is Not A Love Song’, but this time spat in a bin (with a black bag) which was placed next to him. I thought of that time watching TOTP and just stood there laughing. WTF ! Would you like a tissue John ? I think you may have a little on your suit lapel sir”

Although PiL have always been one of my favourites, I was never able to see them live before. I’ve been lucky enough to see The Pistols at Brixton Academy back in 2007, but never PiL. I’m a MASSIVE live music fan and make sure I go see as many of the original old school bands as I can. I love pushing my way to the front and really get stuck in. I knew that PiL wouldn’t really do ir for me live being that I have always considered them a “listen to” band, but after reading John Lydon’s book ‘Anger Is An Energy: My Life Uncensored’, I booked tickets for my clan and all went together.

I was a bit disappointed that there wasn’t a support band of any kind to get the mood going but the lights dimmed and on strolled good old Johnny to an overwhelming welcome . It made me laugh that he opened with ‘This Is Not A Love Song’, but this time spat in a bin (with a black bag) which was placed next to him. I thought of that time watching TOTP and just stood there laughing. WTF ! Would you like a tissue John ? I think you may have a little on your suit lapel sir.

The next 2 hours of the set was incredible though with all the usual classics being played such as ‘Rise’, ‘The Body’, and ‘Warrior’, as well as, a few from the latest album including ‘Bettie Page’ and ‘Double Trouble’. You could tell that over the years the old songs had changed and grown into an incredible set, but all the timing had changed so it was hard to sing along to, so I stood right at the front looking up at my idol and just danced like I would if I was in a room on my own. I thoroughly enjoyed myself . My favourite  song was ‘Death Disco’, the version they played was fucking amazing. The encore was an unexpected  surprise though!

They burst back on stage with a version of Leftfield’s Dance classic ‘Open up’ and the room went nuts, then without any warning morphed into the last track on the new album ‘Shoom’ with the whole crowd singing the chorus line “ what the world needs now, is another, FUUUUCK OOOOOFFF” with a sea of the 2 fingered salutes. That alone was the moment for me even though the lady in front of me turned and gave me the filthiest look ever, which just encouraged me to scream it even louder. I do enjoy being a cock .

Well that’s all for now and I’m grateful to The Underground Revolution for letting me share my experience with you all.  I’ll be back soon with more ramblings after I’ve been to The Rebellion Festival to see some amazing punk bands, and another one of my all time favourites The Damned when I’m off on a weekend jolly with the angry faced Rich Lovell. Watch out Blackpool .

Review by Raphael La Roche who is bass and vocals for Terminal Rage.  He is also a proud new music reviewer for the Underground Revolution and also runs La Roche Restoration

Join the Underground Revolution at The Ledbury Poetry Festival for a night of Punk n Poetry.