We asked some of Hereford and Worcester’s busiest musicians what punk means to them, how it influenced their music and who they are today.  Here’s what they had to say! 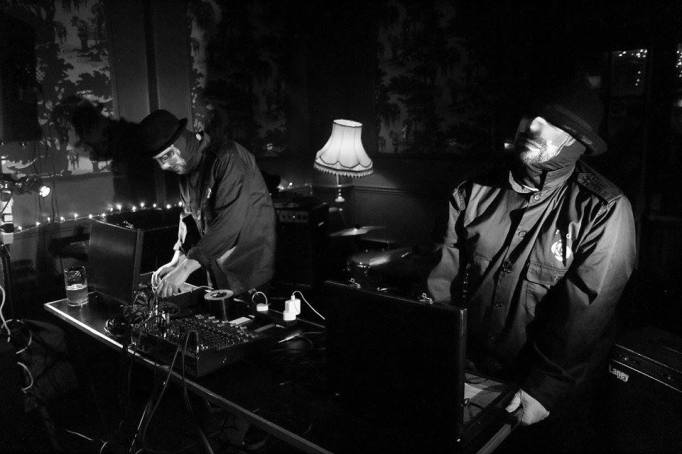 “Punk is subversion of the accepted, doomed norm. Punk is cranking the wheel of creative change – by whatever means necessary. It happens that the means we take now are entirely electronic. For all shall fail without evolution. And there will be no pity for the herd”  Rosebud

“Punk, for me, has always embodied a Do It Yourself Attitude. Although I am way too young for the ‘Spirit of 77’ Punk wave crash, (and admittedly, old enough to still know better :P), the angry voices against the mainstream left a trail of ‘stand up for yourself, do it yourself and express yourself’ attitudes in its wake.

A bunch of raw, passionate misfits grew against the grain of society, and felt that their government certainly didn’t speak for them, their culture didn’t represent them, and the mainstream wasn’t for them giving way to the punk subculture.

From this, I could see figures of history with the punk etiquette in my teenage brain. Billy Holiday, Pablo Picasso, Martin Luther King, Janis Joplin, Bjork, Blackbeard the pirate…So many punks out there who didn’t know it!
If you can’t play in a show, put one on for yourself. If someone doesn’t make a magazine you like, make one yourself (hello fanzines). If you can’t find an item of clothing for you, mix it up and destroy it to your hearts content. Make new genres, draw new things, challenge stereotypes, question your government, question who and what you are. Defy labels and mainstream, all with a heart full of pride”.
A few years ago, everyone said how punk was dead. That’s impossible; punk will never be dead and the attitude will always be alive and kicking, with steel toe cap DMs thrown in for good measure”. Perk

FREEBORNTHOR – FRONTMAN OF FOLK PUNK BAND FREEBORN RISING. HE COMES FROM HERE, THERE AND EVERYWHERE. A TRAVELLIN’ MAN.

Punk has been an integral part of my life from an early age. Shaping not only my style through the years but also my politics. Combining my love of music and politics was an obvious route to take when everything else was just so regimented. It’s simple, question everything, understand nothing. Punk to me is the embodiment of the peoples guerrilla party fighting for our common rights. We will and can live free. Clichés and stereotypes aside. It’s a mindset. A common goal. A purpose. It’s – punk!  Thorin – Freeborn Rising

There are things that I view as punk rock that not many other “punx” would call punk. For example I would call Lady Gaga more punk than Johnny Rotten/Sex Pistols, musically they are worlds apart but last time I checked, Lady Gaga didn’t have a logo on a credit card………. Or do adverts for butter.
Punk rock like everything else is a matter of opinion and it’s down to the individual to make the decision for what they consider to be punk.
Punk rock to me is all about self expression and pushing boundaries. Pushing yourself away from the standard sound of punk and keeping the values is more punk than anything. Owain Price – The Delinquents

Punk for me is an attitude rather than a style and it began with the generation that began to challenge the establishment in the mid 1960’s right through to the late 70’s when it became known a genre. The Beatles, The Doors, Jefferson Airplane and Black Sabbath were some of the original punks, questioning government regulations and provoking the ‘open mindedness’ of young and influenceable teens. Punk was as important then as it is now, to be ‘Punk’ is to stand out from the crowd and think for yourself. FEED YOUR HEAD x  Kurt Fletcher – Raptor

Punk to me is not just about music, it’s about an idea, the idea of doing what you want when you want (musically). It’s a music scene that allows musicians to be as comedic, political, dark, aggressive and bizarre as they want. It also carries the idea of starting a band regardless of how well you can play, just get a guitar, bass, drum kit, whatever you feel like playing, get some friends and make some noise (if people don’t like it who cares or listen to criticism and improve). This is what inspired me to form my own band and lead me to extreme metal. As someone who grew up on punk bands (Sex Pistols, The Clash etc.) I needed something heavier but, I never would have reached this level of extremity if it wasn’t for those punk bands of the 70’s and 80’s. – Bramwell Betts

Punk represents freedom of speech and expression to me.  It is all about extending an olive branch to the underdog who are looked down on by oppressive types like the Tory cronies, who turn their noses up at everything they do not understand. Punk is about reaching out as a humanitarian and shouting louder than the people who try to control you. To be honest, the punks I know are the most compassionate humans I have ever met.

But punk is also about sitting around with my childhood friend who suddenly had a platinum bob, wore black and white striped t shirts, DM’s and went by the name Silver (Silvia). It was a revelation and a massive shock to see her transform…I was mesmerised. Her father gave her his collection of punk records, so we sat in her bedroom and explored.  X was my favourite punk band from LA and that particular collection of vinyl opened my eyes to them, guess you can say it was my friend’s father who enlightened us. Exene had this appeal to me I cannot describe but it was magnetic. I still watch her videos and think “I want my hair like that!” Minky Cuadra

We want to know what PUNK means to you!