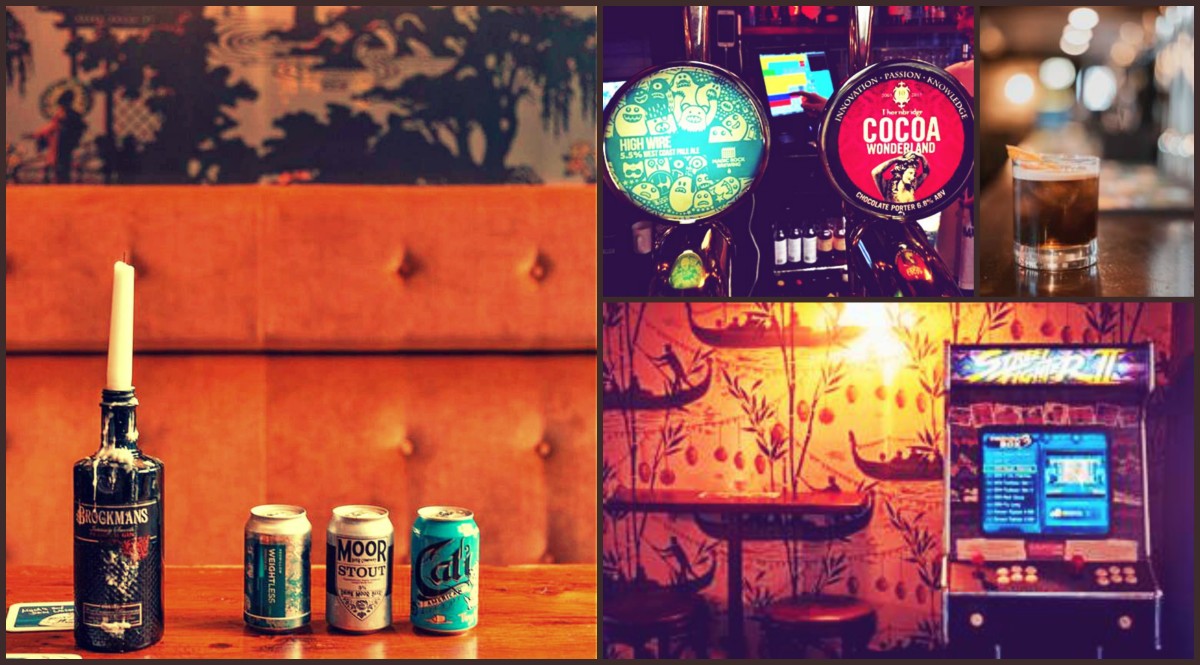 The May Day Bank Holiday in the Hereford city centre was taken over by the annual Hereford River Carnival, which attracts tourists from afar with it’s unique and colourful celebrations.

The liveliness and atmosphere of the Carnival carry on into the evening at the various nearby pub restaurants and music venues who offer up an interesting variety of live music and dance music, some until the wee hours of the morning. It seems to have become a tradition, or perhaps more of an opportunity for the pubs to entertain the carnival goers who are wanting to carry on with their merry celebrations and benefit from the trade.

“Marcin Zachara has recently inherited the position of manager and is working on expanding the cocktail menu by curating his own unique beer cocktails that consist of spirits he infuses on the premises with either fruit, almonds, coffee, vanilla pods and other interesting additives”

I was one of those carnival goers looking to carry on where I left off, which in my case was co-hosting an acoustic live music stage at De Koffie Pot for the carnival. Don’t ask me where I found the energy, but I had compiled a list of various planned stops at all the venues hosting music and decided to begin in the Firefly on King Street. Well, I never left, I stayed until 3 a.m. deploying all my favourite reggae and dancehall dance moves, or perhaps they were ones I had invented in the moment – I really couldn’t leave and I really couldn’t stop dancing.

The Firefly Hereford just celebrated one year of trading and is the second location outside of the original location in Worcester, which is known for its quality craft ales and live music. The Hereford location received a warm welcome from the moment its doors opened and has developed a loyal clientele who enjoy the aesthetic of the pub created by owners, Mathew Pugh and Ray Velasquez, and the continuously fresh selection of incoming craft beers and ciders that make each experience one of inquisitive beer sampling leading to a pint of something to ponder over with your newly acquired craft beer knowledge.

Behind every great pub is an experienced manager and friendly, willing bar staff to support the ideology of the venture. Marcin Zachara has recently inherited the position of manager and is working on expanding the cocktail menu by curating his own unique beer cocktails that consist of spirits he infuses on the premises with either fruit, almonds, coffee, vanilla pods and other interesting additives.

Marcin was fortunate to be given an opportunity to train with some of the countries best bartenders during his time at the Malmaison in Newcastle and is a true mixologist with an expansive imagination and flair for creating complementing alcoholic fusions. Myself along with two very discerning foodie friends were introduced to his beer cocktail fusions one lovely evening last week and I think we all still fondly savour them in our thoughts.

We began with a ‘Snail’s Cup’ Cider Cocktail. Marcin combined gin he infused with lemon peel and cinnamon, the very tasty Herefordshire Snail’s Bank Pineapple & Pink Grapefruit Cider, (regularly available on tap), and topped it off with an extra crisp Prosecco. This cider cocktail was reminiscent of the summers one spends sipping on Pimms & Lemonade, but this cocktail has a bit more zest and edge to it. It receives a definite push as a summer favourite. This cocktail was priced at £5.

Then we bravely went on to try the ‘Kentucky Wonderland’ Porter/Stout Cocktail. This already looked like a proper gentlemen’s drink served in an old-fashioned bar glass with an orange peel. For this rather snazzy concoction, Marcin infused Woodford Reserve Bourbon with orange peels, coffee beans and vanilla pods. What a beautiful marriage of flavours! He then adds Thornbridge Brewery’s popular Cocoa Wonderland Porter  and tops it off with a splash of Coke.

The Cocoa Wonderland Porter has fast become a favourite of many and has a creamy chocolate taste with a hint of coffee bitterness. This cocktail was stunning and was not as rich as I expected it to be – it was balanced by the Bourbon and Coke. The selection of Beer Cocktails on the menu will change regularly, which in a way gives them an aire of exclusivity. I recommend you pop in soon to try one. 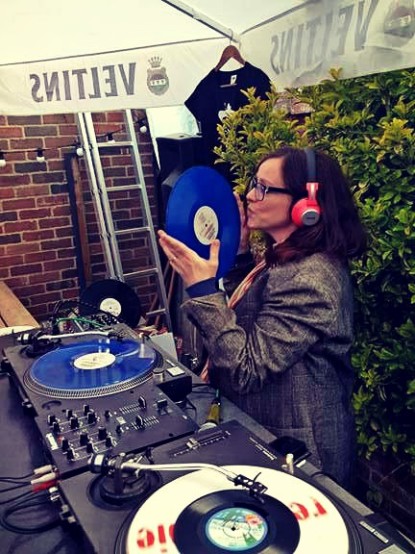 So of course, on this River Carnival evening, I joined in on the Reggae Pie DJ Night and was mesmerised by the selection of reggae albums being played and the dancehall and ska that had me busting out my one of a kind dance moves (laugh with me readers). Reggae Pie is a collective of DJ’s who come together with their unique personal vinyl collections of previously mentioned musical styles and put on a pretty fierce night.

Early on in the afternoon, there were sets from Dr. Nico Demus Puffalot and Ally Baba in the beer garden, followed by live music from singing electronic keyboardist Regor followed by a beatboxing session from General Jams with whom audience members Mark Turner and Leo Bell joined in for some brilliant impromtu rapping. Once the music was moved inside due to cooling conditions, Owen Culture took over on the decks followed by BDS of Last Tree Squad. Finally there was the Idris Sound System trio with AshberB who came over from Aberyswyth.

The music carried until 3 a.m. and the Firefly soon was filled with like-minded punters joining in on the dancing, many who I recognised and realised were in a similar jolly state. Hereford has found its heart again and it is beating strong thanks to talented promoters like Reggae Pie and new establishments like the Firefly who bring their own kind of investment into our local culture, in this case, a pub with an urban and bohemian vibe that caters to people from the ages of 18 to 80. I don’t know if that is because Hereford is so isolated but young and old mix beautifully which is a sign of an intelligent, friendly and forward-thinking community. Who knew!