Following hot on the heels of the immense Steve Ignorant gig earlier in the month, it was with great pleasure to be able to witness the formidable music machine that is Doghouse, an outfit with the very same ideals and outlook as the great Mr Ignorant. Add to this a great supporting lineup courtesy of the down and dirty punk of Reality Attack and the grungy hard rock of Wolfcryer, and you’ve got a recipe for a great night. And a great night it was with a healthy turnout from an enthusiastic audience showing once again how vibrant the musical climate is in Hereford nowadays.

Kicking off the night were Wolf Cryer and the local lot got the night off to a brilliant start with their grunge-inspired rock, which was a definite highlight. The band’s extended heavy jams were completely mesmerising as was the powerful groove that they laid down and the vocals of singer Claire Perkins were undeniably impressive and topped the bands sound off perfectly. Wolf Cryer have that grunge influence with heavier bands like Babes In Toyland, or even Gruntruck with their more metal sound and even a hint of the Melvins in there too. These bands seem like an influence on their sound, but Wolf Cryer do their own thing with it and this is definitely a band that need checking out again. Having not heard the band before, I was blown away and won’t hesitate to catch them when they next play live, which will hopefully be soon!

Reality Attack were up next and their raw punk didn’t disappoint at all, with their defiant and in your face noise a joy to watch. The speakers were tested to their limits as the band thrashed through their set as if it were the last one they’d ever play! Their crust/anarcho punk sound went over so well with the dancing audience, and they debuted some new material that will be forthcoming on their new EP. It is just as pissed off as their older material with the brilliant You’re A Cunt a highlight of the bands set.

Reality Attack rallied against the system throughout with a heartfelt tribute to the young Russian punk stabbed to death for standing up to fascists a few days earlier only adding to the band’s anger – and the band certainly told it like it is. They finished their set with their bassist up on vocals singing his heart out and ended things on a high. Reality Attack are definitely the real deal and proved this tonight beyond a shadow of a doubt.

Between each of the acts, BDS of Last Tree Squad was spinning tunes and this added to the eclectic nature of the night as well with bass, heavy dub, reggae, dancehall, hip hop and grime cuts testing the Booth Halls speakers to the max! Heating songs like Murder She Wrote, Raggamuffin, Welcome to Jamrock and 99 Problems really loud definitely added to the atmosphere.

Formed out of the ashes of cult Cardiff techno punk band Sicknote, tonight’s headliner’s Doghouse play a much-anticipated set and are another band who don’t disappoint either with their defiant and cutting lyrics really hitting home over energetic and hard techno beats that got an enthusiastic response on the dancefloor throughout their whole set. Their spirited performance has much in common with Steve Ignorant as they spew bile about the current state of the nation and like the former Crass man, they do it with an element of humour and cleverness, never coming across as preachy with the techno elements adding to the warm and energetic atmosphere. Doghouse has a massive performance art and cabaret (that they have dubbed Cabarave, a description that fits perfectly) element to them that works so well, from costume changes to some inspired dancing, you couldn’t take your eyes off the duo all night.

Delivering songs, mainly culled from their debut album Idiot Savant, their passionate delivery on topics ranging from council tax to unemployment and thinking for yourself was very inspiring too. The band were as informative as they were entertaining all night. A great performance from two true musical mavericks that deserve to be heard by all.

Overall, this was a brilliant night that saw so much variation in musical terms, but this certainly united everyone in attendance as the atmosphere was amazing and that can only be a good thing. 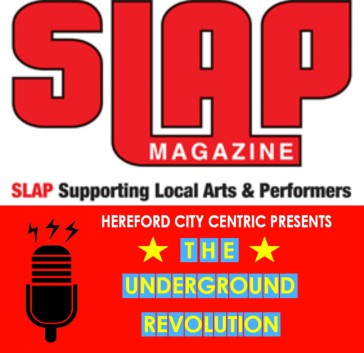